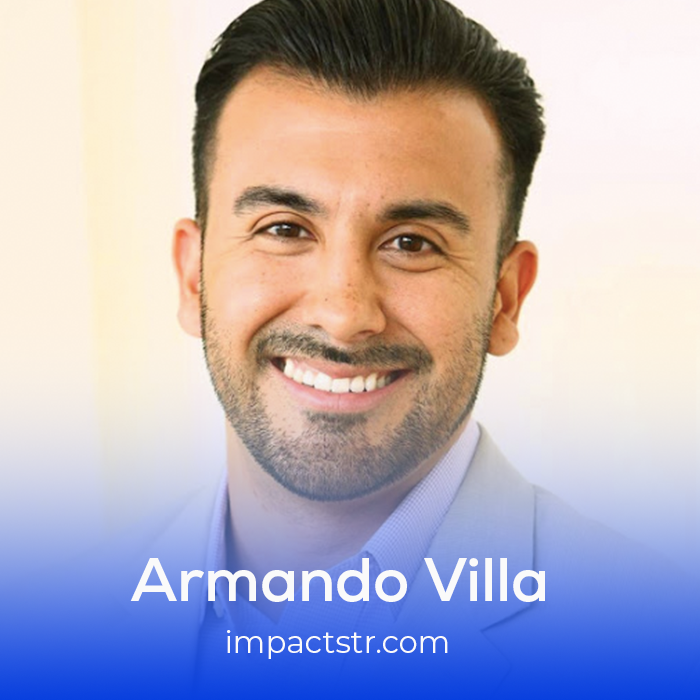 In this case study you'll discover how Armando was able to spark meaningful connections and increased conversion during his live events.

Before impactstr.com, Armando ran sales team for one of the most respected thought leaders in the personal growth event space. These events would regularly generate 7-figures in coaching sales, so this wasn’t a company you’d think would need “help” improving their sales process.

“As soon as the prospect came to the session, we were able to use their assessment results to get straight to the point and strategize how we can help them. We could do this in half the time it typically took us, allowing more time to explain the benefits of the program we were offering.”

Hosting a 3-Day event (whether live or virtual) is a huge investment of time and money. Hosts can’t afford togo in without a proven strategy for high engagement and sales conversion. Armando understood the importance of creating meaningful connections with event attendees.

By having event attendees complete a 4-minute assessment before they arrived, the sales team was able to spot those most likely to invest and build meaningful connections. This led to their highest converting, 7 figure event in 4 years.

Not only were they able to spot their ideal clients, but by knowing where each attendee was on their path, they were able to tweak their presentation to address the majority of the challenges they were facing.

Their coaching zone was key to their sales success. Attendees would schedule a 20-minute session with one of their coaches to explore what they needed and propose the right next step.

One of the problems they continually ran into was that 20 minutes is barely enough time to get to know a prospect, let alone present a solution and close a sale.

With only 20 minutes to build trust, rapport, and close a sale--and having back-to-back (to-back) conversations in a single day, Armando’s team was under a lot of pressure.

Overseeing the coaching zone, it was Armando’s job to make sure the attendees were served in the session but to also ensure his coaches maintained the energy and attitude that leads to success.

When coaches are going non-stop all day having similar conversations, and asking the same questions again and again, it can weigh heavy on them and lead to burnout, making them a lot less effective at closing the sale.

Once Armando introduced the assessment software, that all changed.

Not only did they have their highest earning event in 4 years, Armando didn’t lose a single salesperson to burnout (and all reported extremely high energy throughout the event, and reported feeling the best they’d ever felt at the end of the event).

Not only did Armando’s team take advantage of the assessment to close more sales during the event, they also used it to follow up with prospects after the event.

Armando and his team used the assessment to target ideal leads that hadn’t booked a coaching session at the event.

Armando is a huge fan of Magpai and encourages every event host, whether virtual or live, to incorporate an online assessment in their event sales conversion strategy.

“The team at Magpai was amazing. From designing the assessment to give us the information we needed, to helping me and the team spark meaningful connections that impacted conversion, they are masters at helping you maximize sales conversion from your events.”